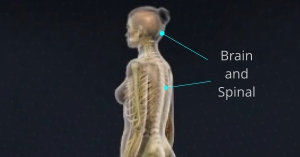 Hemangioblastoma is a benign or non-cancerous and highly vascular tumor that commonly occurs in the central nervous system, such as the brain and spinal cord. As hemangioblastoma grows, it presses on the brain and can cause numerous symptoms. It is sometimes discovered incidentally during an evaluation for unrelated symptoms or another disorder. Most hemangiomas occur as lesions and most brain lesions occur within the inferior back portion of the brain, known as the cerebellum which is especially important for balance and coordination.

Because hemangioblastomas often develop in the cerebellum, which is responsible for movement, balance, equilibrium, and muscle tone, most patients will have difficulty moving, walking, or standing in a coordinated manner. Depending Other common symptoms include:

Initial treatment will involve thorough medical history and physical exam, including the patient’s symptoms, and personal and family health history of VHL. To help detect hemangioblastoma, Robert Louis, MD will conduct a neurological exam to test a patient’s balance, coordination, sense, and reflexes.

To help Dr. Louis diagnose and find the exact location of hemangioblastoma, he may require special imaging:

Magnetic resonance imaging (MRI): An MRI uses magnetic fields to produce detailed images of the body. A special dye called a contrast medium is injected into a patient’s vein before the scan to create a clearer picture.

Computed tomography (CT) scan: Imaging procedure that uses an X-ray camera to scan a series of detailed cross-sectional images of the brain.

After diagnostic tests are done, Dr. Louis will review all of the results with you and describe the tumor location, size, structure and the best treatment options.

Retromastoid Approach – Brainstem hemangioblastoma may be approached directly using the Retromastoid Approach. Robert Louis, MD specializes in this state-of-the-art, minimally invasive treatment approach wherein he accesses the tumor through an incision at the back of the ear.

Robert Louis, MD, a fellowship-trained Orange County Neurosurgeon, is the Director of the Skull Base and Pituitary Tumor Program at Hoag Memorial Hospital in Orange County, California. Dr. Louis has particular expertise in the endoscopic and minimally invasive treatment of benign and malignant brain tumors, sellar and parasellar tumors, and skull base tumors.

Dr. Robert Louis specializes in minimally invasive brain surgery for the treatment of hemangioblastoma. For appointments, please call (949) 383-4185 or Contact Us. 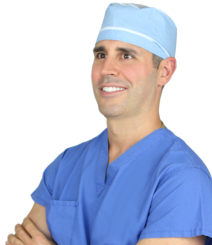