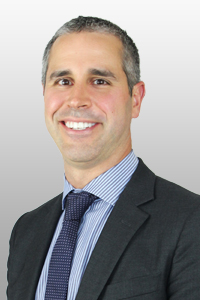 Robert Louis, MD, a fellowship-trained Orange County Neurosurgeon, is the Director of the Skull Base and Pituitary Tumor Program at Hoag Memorial Hospital in Orange County, California.  Dr. Louis has particular expertise in endoscopic and minimally invasive treatment of benign and malignant brain tumors, sellar and parasellar tumors and skull base tumors.  Through the use of cutting-edge neuroimaging and neuro-navigational equipment, he utilizes the concept of keyhole neurosurgery, minimizing the damage to surrounding brain, vascular and soft tissue structures. Dr. Louis believes that most brain and skull base tumors can be resected through small openings or by utilizing naturally occurring orifices.  This approach has been demonstrated to decrease post-operative pain, minimize neurologic complications and shorten length of hospitalization, resulting in better outcomes for his patients.

Your Orange County Neurosurgeon, Dr. Louis was raised in a suburb of Boston and completed his undergraduate education at Boston University. After completing medical school, Dr. Louis was accepted into residency in neurological surgery at the University of Virginia, under the direction and mentorship of Dr John Jane. During his six years at UVA, he completed more than 1200 cases, spanning the breadth of cranial and spinal neurosurgery. Specifically, Dr. Louis focused his training on complex brain tumor, skull base and pituitary surgery and had the honor of training extensively under Dr. Edward Oldfield, widely considered the foremost pituitary surgeon in the world. After completing his Chief Residency in neurosurgery, Dr. Louis went on to more advanced subspecialty training, completing a fellowship in Minimally Invasive Neurosurgery under the mentorship of Dr. Daniel Kelly at the John Wayne Cancer Institute. Dr. Louis is one of only a handful of fellowship-trained minimally invasive neurosurgeons in the nation and the only one in Orange County, Southern California with this distinction.

Your Orange County Neurosurgeon, Dr. Louis is one of only a handful of fellowship-trained minimally invasive neurosurgeons in the nation and the only one in Orange County with this distinction.

Beyond his specialty training in the neurosurgical treatment of brain and pituitary tumors, Dr. Louis has a particular interest in microsurgical neuroanatomy. Specifically, his focus is on advanced understanding of neuroanatomy and the development of new neurosurgical procedures. He has authored over 60 peer-reviewed scientific publications and numerous book chapters. Read Dr. Louis’ List of Neurosurgery Research and Publications ➲

Orange County neurosurgeon Robert Louis, MD has the relevant experience, education and training in brain and skull base surgeries and minimally invasive spine surgeries. For appointments, please call (949) 383-4185 or Contact Us.